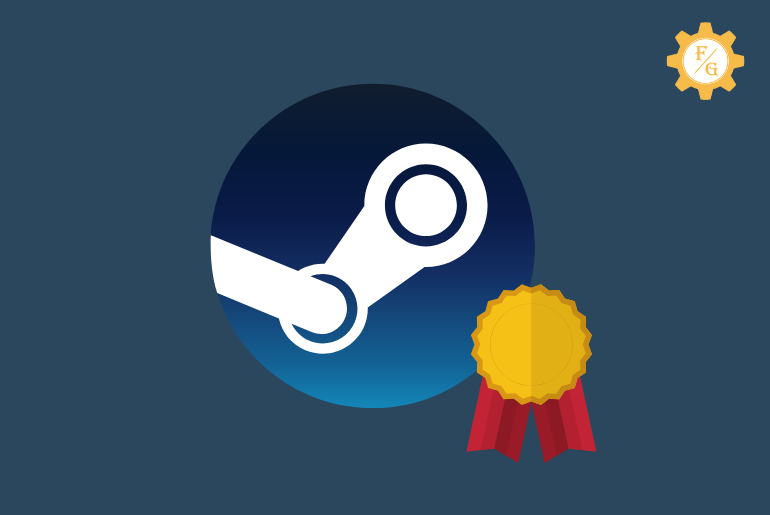 There is no record from Steam till now that they have banned the users who use the ‘Steam Achievement Manager.’ Even though the application is not developed by Steam but still people are using the Steam achievement manager inside the game as well as outside.

But there are a few things to keep in mind while unlocking the Sam in your account to prevent any unnecessary block, ban, or restriction.

Can You Get Banned for Using Steam Achievement Manager?

Steam Achievement Manager is a third-party tool for Steam that is used to decode and unlock game achievements and get Steam trading cards illegally. Till now there is no record of a ban or block reported on Steam who uses the SAM cheat code.

So, if you want to use the SAM then you can use it but at your own risk. Steam didn’t take action against those users who use SAM doesn’t mean that it won’t in the near future. In case, Steam starts penalizing the accounts for illegally using SAM then it would be bad for you.

Besides, the VAC (Value Anti Cheat) system also doesn’t detect the SAM (Steam Achievement Manager) in the system. If VAC finds out that you are using the SAM for unlocking game achievements illegally then it can harm your account.

The main point is to use SAM in your Steam but doesn’t use time to time. Take a break for days and then unlock the achievement.

Moreover, if you unlock all the achievements on the game at once then what’s the reason for playing the game? It will ruin all the fun which you have been working for several hours to unlock one achievement.

How to Use Steam Achievement Manager?

SAM is not endorsed by Steam which means it is not an authorized tool. But there are some third-party websites that allow you to download Steam Achievement Manager on your Windows 10 PC.

On the other side, if you are a Mac user then you can’t use the SAM for Steam and unlock the game achievements. You have to play the entire game to bypass the achievement.

Can You Get Banned for Modding Achievements?

If you are using the SAM on Steam and use the enabler mod then it won’t ban your account as long as you play a single-player game. If you are playing multiplayer with your friends then using the mod for achievement can affect you.

This is why go after the SAM and don’t use any type of mod in the game. All, you have to do is install SAM (Steam Achievement Manager) on your PC and activate it.

Besides, if you are playing a heavy game then back up the game so that you won’t lose any saves. You can’t tell when will Steam will take action on your account for using SAM.

What is Steam Achievement Manager?

Steam achievement manager (SAM) is basically the open-source third-party tool that helps you to unlock any achievement you have earned during the game. When you complete the quest on the game but still Steam doesn’t unlock the achievement then you can use the ‘SAM’.

Following that, SAM will decode the achievement which you are about to receive in-game and unlock it in a single click. The entire process of SAM is not legal but still Steam doesn’t care about it for a long time.

What Does Steam Achievement Manager Do?

The working principle of SAM is simple as long as Steam allows it to run on its platform. When you download and run SAM into your computer then you can use it to decode the achievement which you are about to receive in the game.

SAM will basically unseal the game for you then you can simply unlock the achievement for free without playing the game. In other words, SAM is a game cheat tool that is used to unlock all the achievements that Steam displays in your account profile.

Is Steam Achievement Manager Safe to Use?

There is no 100% guarantee that Steam Achievement Manager (SAM) is safe to use. But since there is no legal issue reported for using SAM on Steam till now so you can also get it on your PC.

However, it doesn’t mean that take your eye off your personal things. If you have your card details stored on Steam along with other information then you have to keep it safe. This is because Steam didn’t endorse SAM officially so it is still considered a third-party tool cheating tool.

Why is Steam Achievement Manager Not Working?

You have to download the SAM zip file to your computer from GitHub and install it. After that, run the application and Steam at the same time so that it will extract the data from your account along with the game.

But if you can’t Use Steam Achievement Manager for some reason on your Windows 10 PC then here are the following things that you need to do.

1. Do People Achievement Hunt on Steam?

Yes, some Steam users join the “Achievement Hunt” group and then follow further instructions to hunt it.

2. How Do You Hack Steam Achievements?

You can use ‘Steam Achievement Manager’ to hack Steam game achievements for free.

3. Is Steam Achievement Manager a Virus?

No, Steam achievement manager is not a virus but rather a third-party tool to unlock in-game achievements on Steam.

4. Can You Get VAC Banned for Using Sam?

No, you can’t get VAC banned for using SAM.

5. Can You Get Achievement With Steam Unlocked?

Yes, you will unlock certain achievements on Steam if you complete the tasks.

No, the Steam achievements manager doesn’t work offline on Steam.

7. Why is My Steam Achievement Glowing?

If you find a rare achievement on Steam then it will glow.

SAM is a useful tool to receive an achievement on the game without playing it. But it’s not worth a shot if you are a true gamer who loves challenging tasks. On the other side, if you already completed a game for a long time but still can’t unlock one specific achievement then you can use SAM in that case.

So, you might have found your answers regarding ‘Can you get banned for using steam achievement manager.’

Have you ever used SAM on your Steam account?

How to Find Out If My Friend is Online on Steam

How To Enable & Disable Steam Overlay (All Games)