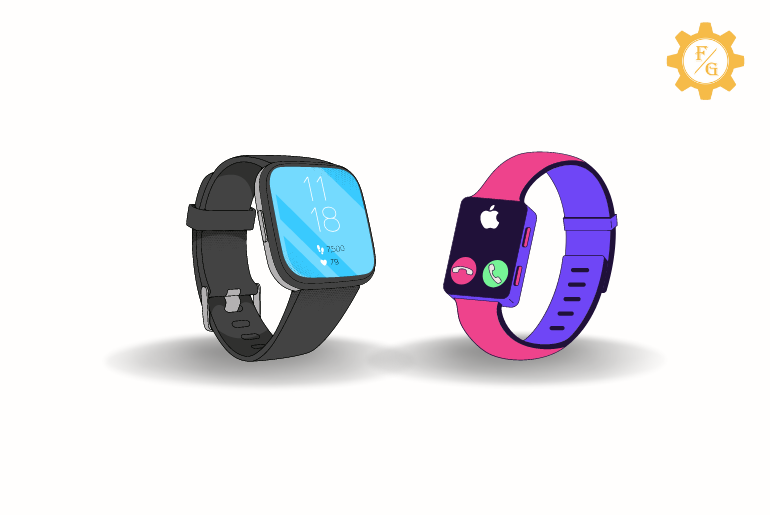 There is a rumor on the internet that Apple Watch Series 8 is coming on September 7, 2022. After the release of the Apple Watch Series 7 on 15 October 2021, people are quite excited about the new Apple watch because of previous watchOS and iOS integration along with various features.

It is yet to announce the official release date of the new Apple Watch series in 2022 but the rumors said it’s coming. Besides, Apple is also launching more Watch series this year such as Apple Watch SE and Apple Watch Rugged edition based on rumors. So, if we are getting hands-on new Apple watches then you might want to know about their specs based on the review.

So, today we are going to talk about Apple Watch Series 8 specifications and review what is essential for you to know before buying.

The rumors said that there will be a completely new generation of Apple Watch that is hitting the market this year. So, let’s talk about the upcoming Apple’s new wearables based on rumors and leaks.

According to ShrimpApplePro on Twitter, “There is a flat front glass display for Apple Watch Series 8. Haven’t heard any on how’s the redesigned housing not which model yet.” So, the leaker also doesn’t know about the whole housing that comes just like a flat display.

Heard from source today that there is a flat front glass display for apple watch display. High chance that this is the front glass for the Apple Watch Series 8.
Haven’t heard any on how’s the redesign housing nor which model yet.
illustration image only not real. https://t.co/uC6i22Q0aZ pic.twitter.com/DmWh8FOZGE

Likewise, Apple has mentioned that the glass design of the Apple Watch Series 7 is more durable compared to other series of wearables. So, there is a chance that the company can also go after the new flat display to make the Watch more durable than before.

The new Apple Watch Series 8 will be based on an S8 chipset for power and speed. However, there won’t be major changes in the processor compared to the previous year’s S7 chip on Watch Series 7. This new chipset will have the same specification, only the name has changed based on the new Watch Series 8.

But Apple is expecting to launch the “All-new processor” in 2023 for its further models. So, for now, don’t expect a new processor on Watch Series 8 from Apple.

Apple’s upcoming new wearables Watch Series 8 is expected to have better battery life than the last year’s Watch Series 7. There is a leak that the device comes with the “Power Mode” that helps to preserve the life of the battery when it’s low.

Therefore, we don’t have to worry about the battery on the upcoming Apple Watch Series 8 in September.

But it can cause a little disappointment to Apple users when it comes to the size. Not everyone can wear a watch 45mm in size.

Similarly, the watch also derives existing colors such as Starlight, Midnight, Red, and more. When it comes to the stainless steel version, you may not find a gold finish color but there will be silver and graphite.

Apple is focusing on various new features on their iPhones and Smartwatches. They have been working on various health features and sensors from the beginning just like on other fitness trackers or smartwatches that are available in the market out there.

When it comes to the new Apple Watch Series 8, we may expect to see health features such as blood pressure monitoring, sleep tracking, diabetes detection, body heat sensor, sleep apnea tracker, and more. But it is just a rumor because Apple is in a developing phase on these trackers and sensors.

Besides that, Apple is also focusing on a new feature called “Car Crash Detection”. They will use the ‘Accelerometer” sensor that will detect any car accidents by measuring the gravitational force. The card accident detector is set to be planned for 2022 so we may expect it on Apple Watch Series 8 and iPhone 14.

According to Mark Gurman, Apple is also planning to launch other several new activity-tracking features on the Watch with the new updates. But it won’t come under the rumors of the Apple Watch Series 8.

According to Bloomberg’s Mark Gurman, the new “Rugged Apple Watch” price can be equivalent to iPhone 13 Pro which is $999. This comes with advanced Sports mode, better display resolution, and battery.

Is It Worth Buying Apple Watch Series 8?

All the thing you hear about Apple Watch Series 8 is rumors and leaks. There is a high and low chance that Apple will introduce the features and specs that comes under the rumors. But if there are health features, sensors, activity tracking, and better battery life then you can consider buying Apple Watch Series 8.

On the other side, if the rumors features and specs are expected to launch by 2023 then better go after Apple Watch Series 7. Just minor changes in the watch won’t be beneficial to use unless it comes with new features.

Is Apple Watch Series 8 Coming Out?

Yes, the Apple Watch Series 8 is rumored to be announced on September 7, 2022.

There is a rumor for the new Apple Watch Series 8 on September 2022.

How Much Will the Apple Watch 8 Be?

The starting price for Apple Watch Series 8 is expected to be $399.

Will Apple Watch Series 8 Have a New Design?

Rumors said that Apple Watch Series 8 will have a new flat display just like on iPhone 13.

Apple is upgrading minor things on its whole watch series are display and case size, colors, durability, and charging. So, if the rumors of Apple Watch Series 8 are true then you will soon get your hands on the new Watch series from Apple with a new feature apart from the chipset.

So, till now stick with us for more updates.

Do you prefer Apple Watch Series 6 or Series 7?