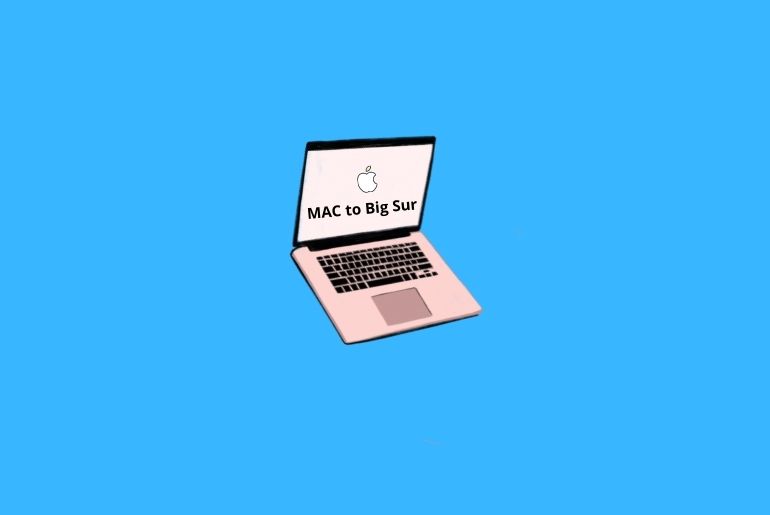 Many Mac users would like to update their Mac to Big Sur, but don’t know whether it will be safe or bring hazardous to their device. If you are one of them who is also thinking of upgrading to Big Sur, this write-up will be effective for you.

In this article, we have given details about the new update [Version 11] Big Sur such as its system requirements, changes, application features, and many more.

Hopefully, after reading out the article, you’ll know whether you should go for the new version of macOS or not. So, without any further ado, let’s get into the discussion.

What is Big Sur?

Before going to upgrade to any new version of the Operating System, it is wise to know the basics of it. The Big Sur is the 11th version of the Mac Operating System that will be released on June 22, 2020. This is the 17th major release of the Mac Operating system. The Big Sur is the replacement for macOS Catalina and was assisted by macOS Monterey which was made public on 25th October 2021.

This version of macOS comes up with some changes, especially since the interface has been redesigned. The interface stands out with new blurs to develop a visual hierarchy and also adds the time machine’s revamped backup mechanism, among other changes. It is considered the first Mac Operating System that supports ARM-based processors.

What’s New on The Big Sur?

Let’s see what’s new in the new version of macOS Big Sur. Here is the list of things that have been changed.

The user interface has been changed and Apple has announced that this is the biggest change since the establishment of Mac OS X. The changes include clearness in several places, new abstract wallpapers, and a color palette. Apps, menu bar, and dock have been redesigned, and theory icons have now rounded-square shape like iOS.

Screen brightness, system volume, Wi-Fi, and Bluetooth quick toggles have been included in the menu bar. This interface is mostly similar to the control center on iOS and iPadOS.

There have been changes to Notification Center as well. The new changes include interactive notifications and a clear user interface. The notification center also includes a new widget system that is similar to iOS 14, showing more information with extra customization.

The biggest change that has been made to the new version of macOS is that it can run the applications that are designed for iOS and iPad without any modification needed from developers.

The spotlight was first introduced in Mac Operating System X 10.4 Tiger. The interface of it has been refined and now it is the default mechanism for Keynote, Pages, and Safari.

Should I Update My Mac to Big Sur?

In the above segment, I have demonstrated what’s new changes in the Big Sur. Now, I will talk about whether you should upgrade your Mac to Big Sur or not.

Due to the macOS Big Sur Update Stuck, many users skip updating the new version, but it is resolvable. Other than that, it has no big issue.

However, whether you’ll upgrade to Big Sur or not actually depends upon you, but I know some users who upgraded to Big Sur and it is running smoothly.

Updated to the Big Sur can solve some problems as well. For instance, a few days ago one of my friends installs the Big Sur on his Mac that had battery problems [Could Run the Maximum of 30 Minutes with a Complete Charge]

Surprisingly, after installing the new version, he notices that it can now hold up a charge of about 3-4 hours which is absolutely great, isn’t it?

Before going for a new version like Big Sur, following a number of things can clear your confusion. These include

Wait at least 10 to 15 days after the introduction of any new version then you can go for the software update. You’ll get enough time to check the new features that have been added, and you can upgrade if you think it is necessary.

Besides that, if you think that we are used to the older version and it makes no issues, then you don’t need to upgrade to the Big Sur. But, if you like changes, and want yourself updated, you can go for it.

So we guess you got your answer on wheater you should update your Mac to Big Sur or not.

Is it Safe to Upgrade to Big Sur?

One of the most common questions that most users ask. Well, Big Sur is one of the most developed and secure Operating Systems right now. It is indeed secure as it is officially developed by Apple.

Keep in mind that, before releasing a new version of OS, they check whether it is safe or not and then release it to the public.

In addition, in the new version, you’ll get some advanced features and various privacy upgrades to indurate the security of your Mac.

Is My Mac Compatible With Big Sur?

If you possess the following model of Mac, you can download and install the Big Sur without confronting any complications.

macOS Big Sur is compatible with these computers:

You should update your Mac to Big Sur or not completely depend upon you. In the article, we have given a list of changes that you’ll get on the Big Sur. If you think that you should go for the advanced features and changes, you can upgrade your Mac to the new version of the Operating System.

In contrast, if you don’t get any difficulties with the previous and you are used to it, then you can keep yourself away from installing the Big Sur on your Mac. But, I recommend installing the new one that comes with some new features that have been mentioned that will fascinate you.

This website uses cookies to improve your experience while you navigate through the website. Out of these, the cookies that are categorized as necessary are stored on your browser as they are essential for the working of basic functionalities of the website. We also use third-party cookies that help us analyze and understand how you use this website. These cookies will be stored in your browser only with your consent. You also have the option to opt-out of these cookies. But opting out of some of these cookies may affect your browsing experience.
Necessary Always Enabled
Necessary cookies are absolutely essential for the website to function properly. These cookies ensure basic functionalities and security features of the website, anonymously.
Functional
Functional cookies help to perform certain functionalities like sharing the content of the website on social media platforms, collect feedbacks, and other third-party features.
Performance
Performance cookies are used to understand and analyze the key performance indexes of the website which helps in delivering a better user experience for the visitors.
Analytics
Analytical cookies are used to understand how visitors interact with the website. These cookies help provide information on metrics the number of visitors, bounce rate, traffic source, etc.
Advertisement
Advertisement cookies are used to provide visitors with relevant ads and marketing campaigns. These cookies track visitors across websites and collect information to provide customized ads.
Others
Other uncategorized cookies are those that are being analyzed and have not been classified into a category as yet.
SAVE & ACCEPT
Go to mobile version