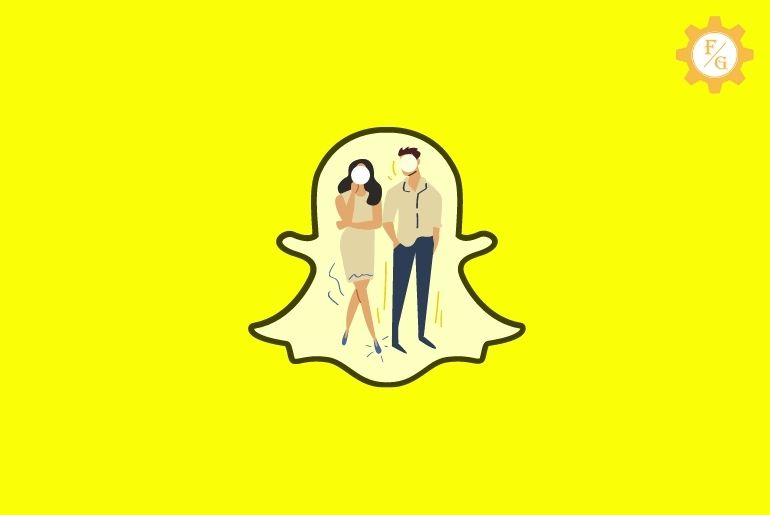 Snapchat has always been a creative application for effects and filters. Every month we can see new and different filters and effects. Similarly, Snapchat is famous for its exciting feature Snapchat cameos. Now, you can replace the place and add a face to the cameo filter. You can also use the cameos feature with your friends. Are you looking for steps to do a two-person cameo on Snapchat?

To use a cameo with your friends on Snapchat, you have to enable two-person cameos from your profile settings, choose who can use your cameos selfie, and tap on friends to add cameos with your friend.

Still, you might get confused. Don’t worry because today in this article we will guide you with step-by-step procedures to use Snapchat cameos, to do two-person cameo Snapchat, and how to change your picture on cameos. So stay with us and read the full article.

How to use Snapchat Cameo?

To use Snapchat cameo you have to go to the chat section, open a conversation with a friend after opening the conversation from the bottom navigation bar tap on the Emoji icon after that, choose Cameo “Face plus + icon,” you need to choose cameo layout and create your new cameo.

Finally, don’t forget to save your cameo.

If you don’t know how to create your cameos selfie then below are the steps to create a Snapchat cameo selfie.

How to Create your Cameos Selfie?

To create your Cameos selfie on Snapchat

Once you have created a cameo selfie, every time you can use the same selfie to make different cameos.

You can also make a duo cameo on Snapchat. Below you will find complete steps to do two-person Snapchat cameos.

How to Do Two Person Snapchat Cameos?

To make cameos with your friends, you have to enable a two-person feature from your Snapchat profile. Below are the steps to turn on two-person cameos and how to create a dual Snapchat cameo.

These are the step to enable your friend to do a cameo on your cameo selfie. Now, create a cameo with your friends.

To create a cameo selfie with your friends

These are the step to enable the two-person cameo feature and create a cameo with your friend.

So, these are the process to create your cameo and make a cameo with your friends on Snapchat. If you want to download cameos on your device then below are the steps to download your cameo on your mobile device.

Why is a Two-person Cameo not working on Snapchat?

There might be many reasons why your Two-person Snapchat cameo not working. Below are the solutions to fix your not working cameo on Snapchat.

Now, check if your Cameo feature is working or not. Still, if you are unable to use or find a cameo feature then,

Save Your Cameos with friends

So these are the steps to save your own cameo and cameo with friends from Snapchat to your device camera roll.

How do you change your Cameo on Snapchat?

To change your cameo selfie on Snapchat, follow the steps stated below.

Done. Now your previous cameo selfie will be replaced with the new selfie you took.

How Does Snapchat Choose Who Is in Cameo Stories?

Snapchat automatically created a cameo story by using your cameo and your friend. You can view a short funny and beautiful cameo story in the stories section from time to time. But how does Snapchat decide who is in your cameo story?

Snapchat makes a cameo story using a person who is your best friend or to whom you talk regularly. If you have a favorite person and you both exchange text messages, snaps, or videos daily then Snapchat uses that user for two-person cameos. But if you don’t have a best friend then Snapchat will pick a random friend and add them to the cameo story.

On the other side, if you have a best friend but they don’t have a cameo yet then Snapchat again chooses the random person from your friend list who have a cameo. So, in this way, cameo stories choose friends based on your Bff, love, or cameo picture.

Can I create a Dual Snapchat Cameo?

Yes, you can create a dual Snapchat cameo with your friends.

To create a dual Snapchat cameo, first of all, you have to choose to use my cameo selfie with friends after that you can make a cameo with your friends.

How does Snapchat choose cameo stories?

Snapchat doesn’t choose cameo stories, you have to download the Snapchat cameo in your memories after that you can choose your cameo as a Snapchat story.

Can I stop someone from using my cameo?

Yes, you can stop someone from using your cameo on Snapchat.

Go to the settings and from Use, my cameo selfie chooses Only Me to stop others from using your Snapchat cameo.

Who is in my Snapchat cameo story?

If you see others people in your Snapchat cameo story then you can block them from using your cameo story.

To stop others from your Snapchat cameo story

Why is my face on cameo stories on Snapchat?

Snapchat is showing your face on cameo stories because you have recently used the cameo feature.

Once you use the cameo layout to create a Snapchat cameo, it will show your face in the Snapchat cameo stories. So that you can use it easily.

If you don’t know what is cameo and how to create a cameo then let me ensure you that in the above article you will know detailed information about the Snapchat Cameo feature and how to make your cameo with your friend only yours.

You can follow the steps mentioned above according to its title. If you face any problem while following the steps you can comment on the problem and we will try to fix it as soon as possible.

For more tips and guides on Snapchat, you can go to the Snapchat Guide category from our official website Fixing Guides.