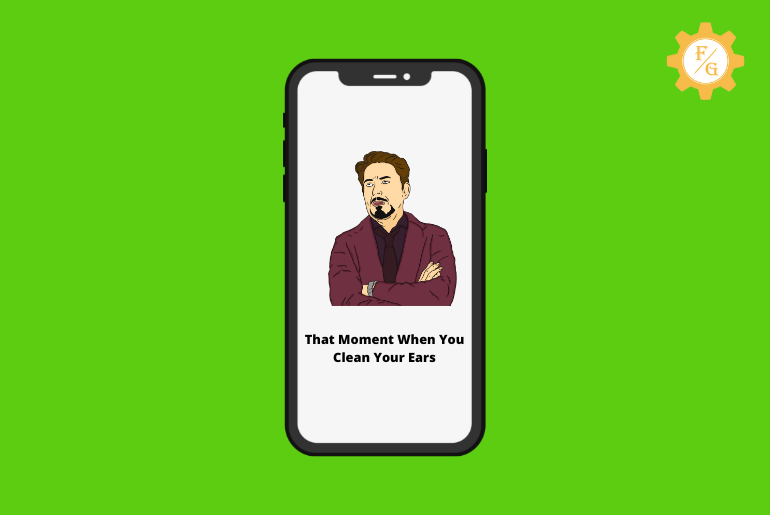 If you are a daily user of Kik who constantly chats with your friends then you can also share photos, videos, and memes. Yes, when you are tired of regular chatting then you can add a little bit of spice into your conversation with meme. Besides you can also make a meme on Kik app with your own creativity.

To create a meme on Kik messenger you have to open the chat message and tap on the “Three dots” icon and select “Memes”. Now, take a real image or use it from the device gallery to make a meme.

It is, even more, easier to make a meme than it sounds which I’ve said earlier. So, why not take a look at the step-by-step process on your mobile device for Kik memes.

What is Kik Meme?

A meme can be a piece of image, video, or text that gove you some message regarding the content. In other words, a meme is basically a joke or a fun moment that you share with your friends on the internet. So, basically, the meme is just for entertainment purposes.

For example, when you saw a really funny movie then you can take a piece of that movie content and make a meme of it. The whole fun process of memes usually comes from the text along with pictures.

If you only use the picture or video then it doesn’t show any meme-related thing. So, the text is necessary for you to make a meme on Kik app. It represents the whole context of the actual meme which you later use to share over the internet.

Can You Create a Meme on Kik for Free?

Yes, creating a meme on Kik of totally free as long as you use your own account. Since Kik messenger is completely free to use so it also offers all its services to its users for free. You can choose any picture or a video and create memes out of it.

Similarly, you can make a meme either from existing gallery pictures or real-time pictures using a Kik camera. However, if you don’t want to generate memes of your own then you can also choose the variety of memes on Kik web.

It means you can select the meme that you want to share with your friends from the Kik meme web. This will also give you an idea on how to can build memes of your own on Kik or from outside third-party apps.

How to Make Meme on Kik App?

It is easier for you to generate memes on Kik messenger asides from GIFs or stickers. All you have to do is log in to your account and select a person to whom you want to send a meme.

You won’t find a separate meme generator inside the Kik app so you individually choose a person’s chat message and then create a meme on it and share it.

Now, take a closer look at to the following steps for both Android and iPhone devices.

If you have created a meme on Kik messenger then you can also share it with your other friends. In this way, you don’t have to make the same meme over and over again just to send it to other people.

So, here are the steps to share memes on Kik app which you have just created.

How to Send Memes on Kik?

When you are out of conversation then you can use a meme to continue your chatting with a person. In this way, it won’t make an awkward moment while talking with someone new on Kik and it also makes them laugh if your meme is funny enough.

So, here are the steps to send memes on the Kik application on Android and iPhone devices.

Besides that, you can also use a fake live camera pic to generate a Kik meme and share it with people you know or like to.

How to Add Text to Memes on Kik?

A meme without a text doesn’t simply call a “Meme”. If you don’t add text to a meme then it won’t give any message or jokes which you like to spread. So, a perfect meme always consists of images and text so that people will understand what the meme is all about.

Now, you can follow the following steps to add text on Kik memes.

How to Invite Friends to Create a Meme on Kik?

Most of the time, users don’t have any idea that you can also make meme on Kik messenger and share it. They just download the meme from the internet and then send it rather than creating their own.

In this way, you don’t have to use the third-party apps on your device to generate memes for Facebook, websites, Instagram, Twitter, Snapchat, pages, WhatsApp, and more.

So, here is the following process to invite your Kik friends and make them generate their own Kik memes.

How to Edit Your Send Meme on Kik App?

Did you know, you can edit you already sent Kik memes in your account?

If you have generated memes on Kik using the ‘Kik Meme Webpage’ and share them then you can also open that meme and customize it later on. You can change the text or image of the meme you want and re-share it.

In this way, you don’t have to make meme on Kik from scratch which will save a lot of time.

To post an image on Kik you have to open the chat message and then tap on the “Picture” icon from the bottom left side. After that, choose a pic from your device gallery or you can take a new pic using Kik live camera.

How to Send Photos and Videos on Kik?

You can send photos and videos on Kik by tapping on the “Image” icon inside the chat message and selecting media files from the camera roll or taking from a live Kik camera.

Is Kik Safe to Use?

Kik is safe for chatting with people and your friends unless you share your personal data or things with strangers. So, basically, it depends on you how you use Kik messenger.

What is Kik Used For?

Kik is used for chatting with friends, sharing photos or videos, going live on Kik, and talking with stranger from around the world.

What GIF App Does Kik Use?

Kik uses the ‘Clipdis and GIFdub’ apps in their system for GIFs with sound.

So, you can put your creativity to make meme on Kik and share it with your friends and other social media apps which you are using on your device. All you have to do is to select a good image and a hilarious text that fits perfectly for your Kik meme. In this way, you also don’t have to use third-party apps or tools to create a meme.

Do you live Kik messenger or Telegram better?

How to Know If Someone Is Online on Kik

Why is Kik Slow

How to Use Filters on Kik Live Stream

Can My Phone Contacts Find Me on Kik

How to Change Kik Notification Sound